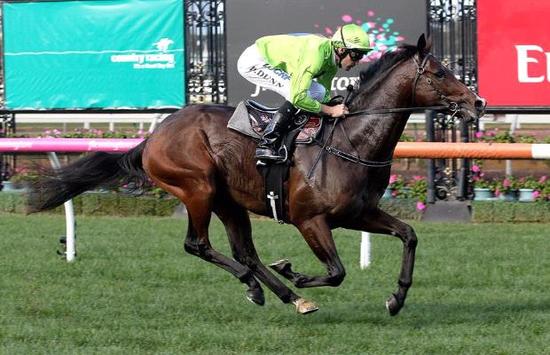 ROYAL Symphony has delivered breeders Joe & Daira Vella what most in the thoroughbred industry dream about after Claremont Thoroughbreds announced this week the son of Domesday will stand at the Daffey's boutique farm in Balmoral, Victoria.

The highly talented five-year-old will be Wingrove Park’s first son at stud after finishing his career having won half of his eight races and finishing unlucky fourth’s in the Group 1 Caulfield Guineas and Cox Plate.

“He had immense racetrack ability and sadly was hampered by injuries but has been raised on great pasture and well thought out bloodlines and was prepared by some of Australia’s leading trainers,” Wingrove Park CEO Joseph Vella explained.

Royal Symphony’s bloodlines trace back to The Minstrel and Hail to Reason and Claremont Thoroughbreds proprietor Greg Daffey was excited to have the flashy stallion join his roster.

"It's amazing how many people are interested in him so quickly"

"We want (Royal Symphony) to be really affordable for people. Hopefully a lot of people can enjoy the journey with us and get plenty of winners," Daffey said.

Royal Symphony was formerly trained by Tony McEvoy and won his first four race starts – including twice at Listed level. He also started second favourite in the 2017 Group 1 Caulfield Guineas.

A service fee is yet to be determined for the 2021 breeding season but we wish Royal Symphony a prosperous career in the breeding barn.