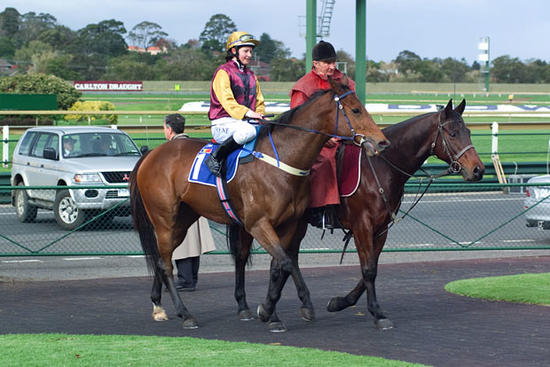 Aged 18, Dual Spark was the first horse the Vella family bred in 1999 and would go on to win four races and over $100,000 in prizemoney. Trained by Robert Smerdon and Brian Mayfield-Smith, the daughter of Spartacus from Flash of Steel mare Sparky Miss will be fondly remembered for her deeds in the breeding barn as much on the racetrack.

Dual Spark began her career winning on debut at Cranbourne as a two-year-old on June 23, 2002. She would quickly gain her first metropolitan win two weeks later scoring at Sandown and a second placing in the Group 3 Dermody Stakes would see her go black-type. A further two wins at Sandown and five placings would follow throughout her 18 career starts before her breeding career began.

And what a career it was. In 2005 Dual Spark produced a bay filly by Flying Spur named Sparks Fly. A two-year-old metropolitan winner like her mother, she would go on to win the Listed Morphettville Guineas and a Group 2 placegetter. She finished fifth in the Group 1 1000 Guineas and is now the dam of a four time winner herself from one foal to race.

Fillies by Elvtroem, El Spark, and Rakti, Sparks Alight, would follow with El Spark earning black-type when second in the Group 3 Aurarua Stakes. El Spark was also a two time winner and city placegetter and her first foal is a three time winner on the racetrack.

Sparks Alight was a wonderful race mare winning five races including the Bendigo Gold Bracelet and a city win at The Valley.

Sadly we lost the highly talented Sparks Burn on the racetrack after going black-type as a two-year-old in the Listed St Albans and continuing the tradition of the family winning on debut.

More Spark, by Domesday, is the only current progeny Wingrove Park are racing with three wins to her name and expected to join our broodmare band. Progeny we have sold include multiple winner Just A Spark (by Artie Schiller) and Metallic Spark (by Helmet).

There are currently unraced progeny by Denman (named Sparman), Kuroshio and Wanted on the ground. From seven foals to race, three of Dual Spark’s progeny have achieved black-type, two city winner and three won on debut collectively winning over $500,000.

A remarkable effort from the racetrack that transcended into the breeding barn. Together with her cheeky and much loved personality, Dual Spark will be deeply missed and we hope her legacy can continue to live on through her progeny.