Her Command shows her authority at Geelong 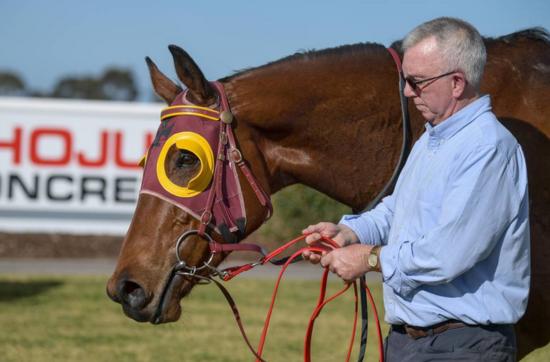 IN racing patience is often rewarded and on Tuesday at Geelong, connections of Her Command were compensated with a deserving victory in the $20,000 No Fuss Event Hire F&M Maiden Plate (1300m).

As her name would suggest, the well bred Commands mare, took 20 starts to get the monkey off her back with a frustrating 15 top five finishes – eight of which she was in the placings. But a speculative market move proved ‘on the money’ when she careered away for a ¾ length win on the synthetic surface under Harry Coffey.

“It was a big relief to get Her Command over the line – she’s taken a while to furnish and had the odd hiccup but all the stars aligned on Tuesday and she loves the synthetic surface,” explained Wingrove Park CEO Joseph Vella.

It wasn’t until one month earlier that the four-year-old had her first taste of the Geelong Synthetic, we’re she finished an arguably unlucky second placing. A close-up placing at Mildura put her in good stead for the assignment and from Barrier 1, settled midfield and was presented in the straight to let down quickly and hold off stablemates from the Jerome Hunter stable.

The victory was also a show of faith from Harry Coffey, who has ridden Her Command in eleven of her career starts.

Not only enhancing her racing career but her breeding prospects, Tuesday’s win took her prizemoney to $43,315. Her Command is the seventh winner from Villa Igea, who has bred Group 3 winner Fair Trade as well as metropolitan winners In Fairness, Count The Diamond and Portal.

Villa Igea who is now retired from broodmare duties at Wingrove Park and is closely related to the Eight Carat family, responsible for the breeding of Octagonal, Don Eduardo, Commands, Danewin and countless other champion racehorses.

“Villa Igea has been a flagship mare for our stud with her progeny collectively winning 34 races and I’m sure Her Command will follow on the tradition once she retires from racing,” claimed Vella.

Rider Harry Coffey and trainer Shane Fliedner both suggested Her Command could be winning more races yet in what was a welcome change of luck for the Wingrove Park silks.The maroon, black and gold have had six placegetters since June - including two the day prior at Echuca with Hard Spark and In Fairness.

Hard Spark was caught wide and grabbed in the shadows of the post, while Her Command’s half-brother by Denman In Fairness stuck on gamely for third and is expected to line-up at Morphettville on July 22 aiming for his third metropolitan win.