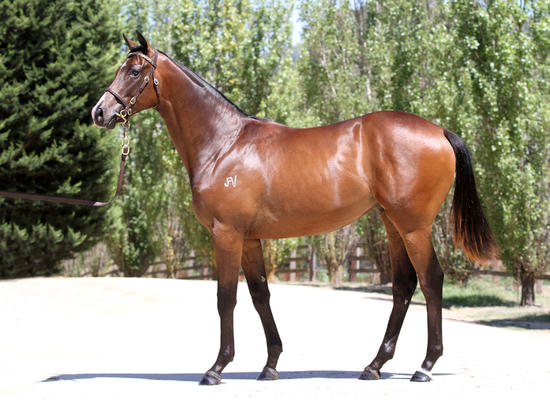 The son of Domesday was purchased privately from Joe and Daira Vella in April 2016 and hails from the studs Palace Music dam, Naturalist, who is closely related to 3x Group 1 winner Naturalism.

Royal Symphony is the eighth winner from 24-year-old, who has finished her broodmare duties, and has produced the smart types Just Incredible, Diva La Belle, Win Esprit and Good Music as well as black-type performer Hoodlum.

Collectively her progeny have won 18 races and Wingrove Park CEO Joseph Vella was thrilled her latest performer looks to have above average ability.

“He was a colt that had excellent confirmation and a temperament to match – the most exciting thing is what the horse is doing at just two years of age,” Vella explained.

Racing.com presenters also noted the horses physical immaturity while his pedigree suggests he will be suited by further distances as a more seasoned racehorse.He became just the second two-year-old winner from the family.

“Naturalist has been an excellent producer for our farm and has provided us many winners and some of our current broodmares – she is now enjoying a much deserving retirement,” said Vella.

Ridden by Dwayne Dunn, of whom wife Amanda is in the ownership, Royal Symphony was sent out race favourite following two impressive jump-out wins at Flemington. Allowed to find his feet in the early stages, the horse was called upon at the top of the home straight and showed lightning turn-of-foot to put pay to his nine rivals.

“He picked them up off the corner so quickly and put the race to bed so it’s a sign of a very nice horse,” Dunn told Simon Marshall post-race.

Wingrove Park wishes the connections of Royal Symphony the best of luck for the future with their smart colt.