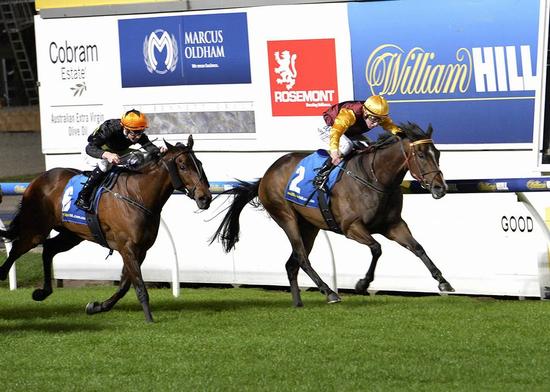 THE winning run of the Shane Fliedner stable and Wingrove Park stud extended last week with the partnership combining for three more victories – making it six wins in as many weeks.

The streak continued at The Valley on Friday night when In Fairness was again successful at the circuit – this time over 1600 metres in the LF Sign Group Handicap. The front-running son of Denman led all the way fresh over 1200 metres and rose sharply to the mile, carrying an impost of 61 kilograms, but again ran rivals ragged with Harry Coffey in the saddle.

“I’ve always wanted to try him at a mile so we lengthened his work out and thought we might get left alone not thinking we would get the distance,” Fliedner told Racing.com post-race.

With four previous victories below 1300 metres, the dominant 2¼-length victory over a mile opens up plenty of avenues for the five-year-old who took earnings passed the $91,075 barrier.

It wouldn’t take the stable long to strike again when Silentski scored second-up from a lengthy spell at Wangaratta the following day. The daughter of Gonski is a half-sister to smart stable performers Primitive Man and Silent Man from the Wingrove Park dam Silent Spring.

Ridden by Patrick Holmes, the second favourite elect settled close to the speed and set up a valuable winning break at the top of the straight to hold off the challenge of the Lindsay Park trained Angelfire – with a big gap to third.

To round out a profitable week, Hard Spark thrilled her owners making it back-to-back victories in the final race at Echuca on Monday. After taking 13 starts to break her maiden, since the blinkers have been removed the daughter of Hard Spun has made it two wins on end. Settling back in the field, the four-year-old savaged the line and got up in the final stride with Harry Coffey once again donning the maroon Wingrove Park silks to victory.

The Fliedner stable has trained eight winners this season – six bred by the Kerrie based horse stud.

"For a boutique farm it has been an excellent way to conclude the calendar year - with only a select group of broodmares of which it is a wonderful achievement," Wingrove Park CEO Joseph Vella explained.