Barrier to Box for In Fairness 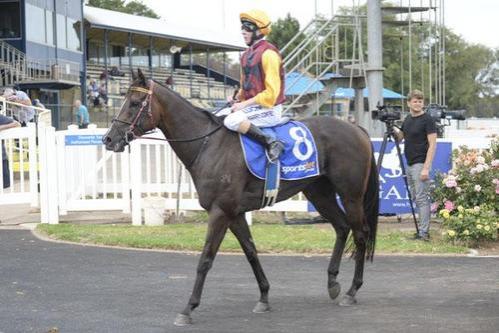 TALENTED Denman gelding In Fairness has posted his second win for the calendar year with a dominant on speed performance to claim the $23,000 Porter Plan BM64 Handicap (1100m).

Partnered by Harry Coffey, the lightly raced four-year-old showed his customary pace to lead the field of nine and was able to lengthen nicely in the home straight for a comfortable 1¼ length victory over his rivals.

The Shane Fliedner trained galloper had been subject to little luck subsequent to his breathtaking first-up win in mid January but bounced back to his best form at odd’s of $8 for followers of the stud.

“He was able to lead at a controlled speed and dominant the race from the front and in that situation he can lengthen quickly and be hard to run down,” Wingrove Park CEO Joseph Vella explained.

The horse is now a dual winner over 1100 metres and clocks up milestone win number 30 for the progeny of Villa Igea. The geldings dam has been a prolific producer of six individual winners most notably Group 3 victor Fair Trade and is closely related to champion stallions Commands and Danewin.

“Villa Igea has been an excellent producer for the stud farm and In Fairness is typical of the breed – small and compact and a real winner,” stated Vella.

Connections are hopeful of In Fairness measuring up to metropolitan level such the dominance of his recent triumphs.

While the mare has been retired from mating duties, she still remains on the farm and making an impact on the track. Half-sister Her Command finished an unlucky third on Friday at Donald while her daughter by Skilled recently sold for $43,000 at the Inglis Melbourne Premier Sales.