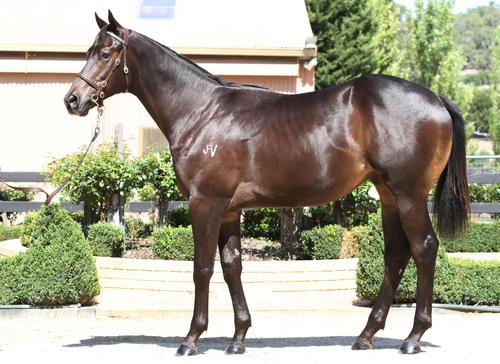 WINGROVE Park are proud to present an exceptional draft of yearlings at the 2015 Inglis Melbourne Premier Sale.

Our Kerrie-based property is extremely proud of our racetrack success with a strong banner of stakes performers and countless winners from our boutique band of broodmares.

We are excited to offer four quality yearlings at one of Australasia's leading thoroughbred sales - who have been turned out in magnificent condition for the occasion.

"All are littered with black-type pedigrees and we believe our record on the racetrack speaks for itself - we expect they will prove popular with buyers," Wingrove Park CEO Joseph Vella explained.

Inspections are welcomed at the Inglis Oaklands Junction sales complex.

An Australian champion on the racetrack, Lohnro is replicating his feats in the breeding barn with 57 Group 1 winners – most notably Pierro and Denman.

This athletic colt hails from a stakes winning dam by Flying Spur from a family littered with black-type. She has had one foal to race who is a winner and finished fifth at stakes level over the Melbourne Cup Carnival.

This outstanding individual hails from a proven black-type family and has a stallion to match his early running pedigree.

Denman was an outstanding juvenile and Group 1 winner at three whose two crops to race speak volumes of his precocious record with 59 winners.

This colts dam was a black-type 2yo performer who has produced five foals to race – all winners including three stakes performers.

Unbeaten Group 1 winner on the racetrack, Reset, is proving just as successful as a stallion with 30 Group 1 winners – most notably Fawkner, Pinker Pinker and Set Square.

This stunning fillies dam was un-raced by Marauding and half sister to stakes performer Hoodlum. She has produced three winners from four to race including metropolitan winner Primitive Man.

This lovely filly is by a Group 1 winning stallion by Commands with a damline to match.

This fillies second dam is a half sister to champion stallions Danewin and Commands and is closely related to Octagonal.