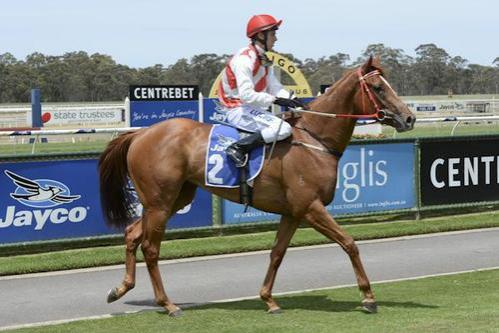 A scratching in Saturday’s lucrative $110,000 Catanach’s Jewellers Bendigo Gold Bracelet (1400m) has given breeders Joe & Daira Vella the opportunity to chase their second success in the event when they saddle up the Shane Fliedner trained mare Good Music.

Having won the inaugural edition in 2012 courtesy of Sparks Alight – their hopes this year rest with another chestnut mare who goes into the race with solid credentials despite her outsiders tag.

“Good Music races very well at her hometrack and naturally when the credentials of this race suited and being ran in her own backyard it has been a logical target race,” Wingrove Park CEO Joseph Vella explained.

Taking the opportunity to freshen the Primus mare from her latest run at Flemington on February 21 – trainer Shane Fliedner is hoping that recipe can again prove successful as she has only missed a place once (when an unlucky close-up fourth) when fresh.

“This mare has been working back to her best form this preparation but has had some legitimate excuses for her few hiccups along the way. On her best form last winter she will give this race a shake – you’ve got to be in it to win it,” Vella expressed.

Steven King will pilot the four-year-old for a third consecutive ride having got the chocolates at Bendigo on February 7 when she was a dominant 1½ length winner after being posted wide. Good Music has drawn favorably in barrier five for Saturday’s assignment and is sole local representative in the affair. Fliedner saddles up two other runners on the day courtesy of debutant Effortless Miss in the $250,000 VOBIS Gold Rush (1000m) and the above average Setinum having gained a start in the $150,000 Listed Bendigo Guineas (1400m).

Good Music hails from the successful Naturalist damline which has produced six individual winners – four of which have been trained by Fliedner. Most notably, Hoodlum who placed second in the Bendigo Cup with others including Diva La Belle and Win Esprit.

Wingrove Park extends its well wishes to their fellow part owners and hope they enjoy the hospitality of the Bendigo Jockey Club on one of their premier racedays.