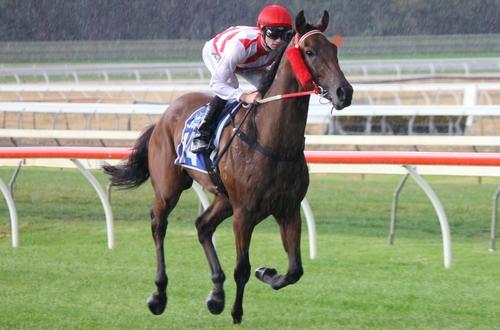 ADELAIDE has been a happy hunting ground for Wingrove Park in past years and the boutique stud farm are hoping the trend continues tomorrow when half-brothers Primitive Man and Silent Man make the trip west to Morphettville racecourse.

From the Marauding mare Silent Spring, CEO Joseph Vella is hoping Saturday’s races can be a stepping-stone to earning black-type honors with the two horses.

Having grasped the 2008 Adelaide Guineas with Sparks Fly and finished placing’s in the Group 3 Dermody Stakes and Group 3 Auraria Stakes with other Wingrove Park gradutes, from limited opportunities the ‘City Of Churches’ has been a profitable ritual.

“Adelaide has been very kind to the Vella’s and Wingrove Park in all forms of equine competition weather it be with racehorses or show horses,” Vella stated.

Tomorrow 18-year-old gun apprentice Jamie Kah will get the reigns on the stud’s two commodities who have leading chances in races three and five.

Primitive Man, a son of Primus, returns from a short four-week freshen after a sub par performance at Sandown last start.

“We are trying a different strategy with him and have the tongue tie coming off and the blinkers going on for the first time,” explained Vella.

“He has worked sharply on the training track during the week and we are hoping he may improve back to his best form”.

Connections of Silent Man will be hoping luck goes there way in the $40,000 Anspach Removals and Storage Handicap (1600m) after a forget run in the Bendigo Guineas.

“He may settle a little bit closer tomorrow and be very hard to beat,” an upbeat Vella expressed.

Best of luck to all our fellow owners in both horses.