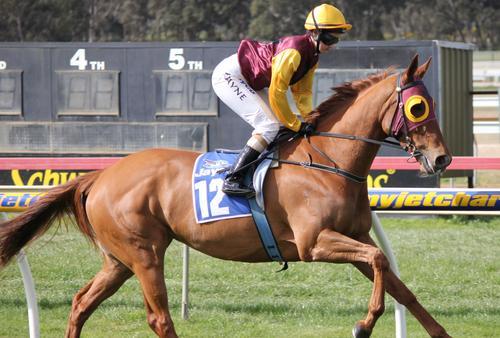 FOLLOWING a Cranbourne trial on Monday, the Shane Fliedner trained Sparks Alight has been retired.

A daughter of VRC Derby winning stallion Rakti, the six-year-old had been away from the racing scene for more than 80 weeks, since her last start at Caulfield on April 21 2012.

Chris Symons rode the mare in the 990 metre trial, finishing at the tail end.

A multiple city winner and inaugural winner if the Gold Bracelet at Bendigo's Golden Mile Raceday, Sparks Alight has been hampered by several injury setbacks. In 19 starts she was a five time winner and placed on a further seven occasions - She earned $149,220.

Bred by Wingrove Parks Joe Vella, she is ensured a good retirement at their Kerrie property. A daughter of Dual Spark - a prolific producer - Sparks Alight will make a valuable broodmare and join half sisters Sparks Fly and El Spark on Vella's roster.

On the retirement front, international gallopers bred by Wingrove Park Fair Trade and Win Esprit have ran there last races.

Fair Trade was a winner of five races.