He's the Man to follow into the New Year 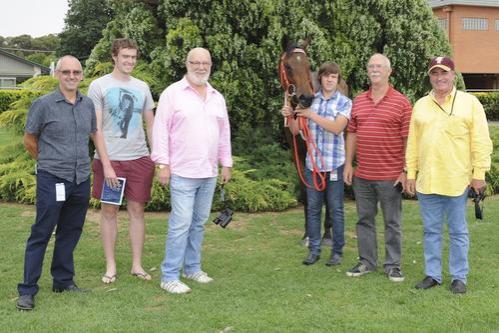 THE Bendigo racecourse is renowned for producing emerging racetrack talent. Only a month ago Miss Softhands came through the maiden ranks at the course to follow on with a win at Caulfield, subsequently finishing fifth in that race was Primitive Man a victor at last Friday’s Christmas Raceday at the Bendigo Jockey Club.

Trained locally by Shane Fliedner the son of Primus defied a betting drift when a strong rally for the Peter Snowden Darley runner Kayak was diminished by an over powerful finishing burst from Primitive Man. Rising in distance since his debut outing over 1000m, a middle alley was served up and Brad Rawiller granted the three-year-old every conceivable hope tucked away behind the leader. Undertaking check in the straight, to his credit Primitive Man rallied strongly to win for a group of pleased connections. Among them part-owner and breeder Joseph Vella from Wingrove Park.

From the Maruading mare Silent Spring and a double cross dating back to Sir Tristram and Sir Ivor it comes as no surprise the connections are reaping rewards.

“Whilst immature and still room for improvement at the same time this horse shows us a great deal of ability,” Vella stated to Winning Post this week.

“In future I would anticipate the horse out to 1600 metres and with his good turn of foot we are confident he’ll make the Melbourne grade,” Vella added.

In a solid day for the stud, Wingrove Park runner Gemset was pipped at the post by the Lloyd Williams runner in Landale in another solid performance from this gutsy filly.

Meanwhile Quite Primed the stud’s third runner found his way into the blackbook after making strong late headway. From a Canny Lad mare he looks like he’ll be effective over a longer trip.