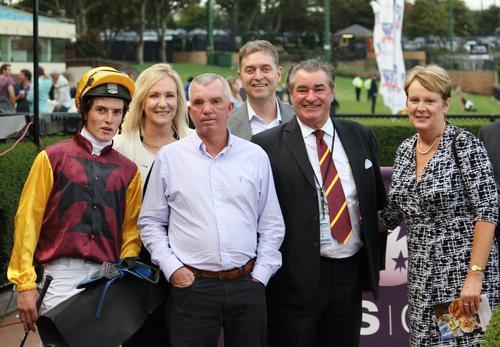 SHANE Fliedner would have walked away smiling after Friday night's victory when the consistent Sparks Alight broke through for her first metropolitan victory.

The mares fourth career victory was served up in the $50,000 1300VICTUS-O2T Handicap (1200m). The apprentice series kicked off in spectacular fashion for Bendigo-raised apprentice rider Jacob Rule, who was drawn to ride Sparks Alight. He rode according to connections instructions, which was to act with vigour from the wide alley. Slow to begin, the Rakti mare was bustled forward to sit outside the leader and eventual close-up second placegetter Iridescent.

“Originally I was concerned about the wide alley, but as she can be a fraction slow to begin it keeps her out of traffic and she can still boot up out wide,” Fliedner explained to Winning Post this week.

By the point of the turn, it looked like a two horse race under strong riding from both apprentices in Damien Lane and Jacob Rule, with Sparks Alight having the final say.

“We have been suitably impressed with the mare’s determination which was very evident on Friday night,” explained Wingrove Park C.E.O Joe Vella, who part-owns and bred Sparks Alight.

First-up after a consistent spring campaign, punters marked Sparks Alight as looking for more distance and concerned with the wide draw, although the stable was confident of a forward showing.

“She spelled the best she ever had and had a few soft jump-outs in the lead-up”.

“The mare is very sound and positions herself well into a race which makes my job that bit easier,” Fliedner added.

Connections celebrated the victory which was the first metropolitan win for the Wingrove Park - Fliedner’s Racing combination, which is a growing operation.

“We have a professional business relationship and have access to great facilities and constant individual attention from the spelling paddock to the stables,” Vella explained.

The partnership will hope their good run continues on to March 17, when Sparks Alight will line-up in the $90,000 Bendigo Gold Bracelet (1400m). Fliedner will be hungry to win a race on the stand-alone Saturday meeting, although had no hesitation in expressing the four-year-olds main aim would be earning black-type in Adelaide in coming months.

From a breeding perspective going black-type would be invaluable, as the dam Dual Spark has had four foals to race for three black-type earners.

Well done to the entire staffing at both Wingrove Park and Fliedner's Racing on our first city winner together.