This Spark is well and truly alight 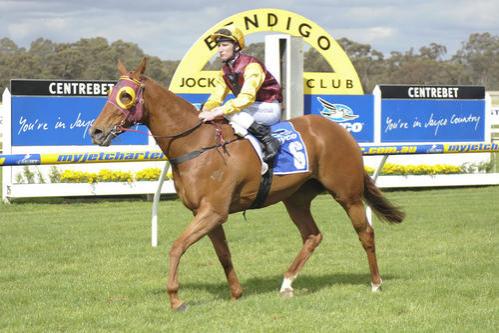 Solid form lines held up in the Bendigo Cartridge World 0-68 Handicap (1300m) after two placings in strong-form races behind Cosmic Causeway and Privately in her latest two outings.

Regular rider Michelle Payne became unavailable when taking mounts at Caulfield, but connections were full of praise for apprentice hoop Daniel Stackhouse who partnered the mare.

Stackhouse had the four-year-old in the leading group before pinching a break at the top of the straight, to run away from rivals – going onto score by over four lengths.

“She would have lost no admirers at her last two starts,” Vella reported to Winning Post this week.

“Her can-do, will-do attitude has been a trait carried through the whole bloodline”.

The dam, Dual Spark, was raced by Wingrove Park with multiple city wins. From four foals, Sparks Alight is the only non black-type earner from the mare, with other progeny Sparks Fly, El Spark and Sparks Burn all earning the honour.

“Dual Spark has been a wonderful broodmare to us,” explained Vella.

“She is turning into a real bread and butter horse” Vella commented.

Sparks Alight will line-up on Bendigo Cup day (October 26) in a Fillies & Mares 0-78 Handicap before an autumn campaign.

Saturdays win took her earnings past $50,000 and enhanced her great home-track record of six starts for three wins and three placings.