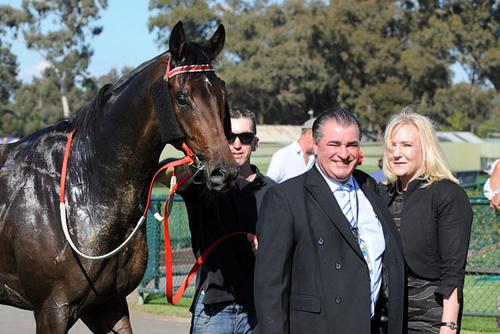 Win Esprit who was formerly trained by Shane Fliedner at Bendigo, scored first-up at Bendigo's "Nursery of Champions" on April 26, in what was just his third career start.

"It is an exciting time to be dealing and promoting Wingrove Park to the overseas market," Joseph Vella said this week.

Since Fair Trade has won on two occasions including the 2010 Chinese New Year Cup at the Sha Tin track. He has unfortuantly had injury concerns since.

"There seems to be overseas interest in our horses," Vella added.

The Wingrove Park team is building nicely with Pandaconi to step out at Ballarat on Sunday. Pulling up with back troubles after her last start, she is expected to imrpove in the 1000m metre maiden event.

Meanwhile, Dual Spark gallopers Sparks Alight and Sparks Burn are coming along well for there next campaigns.